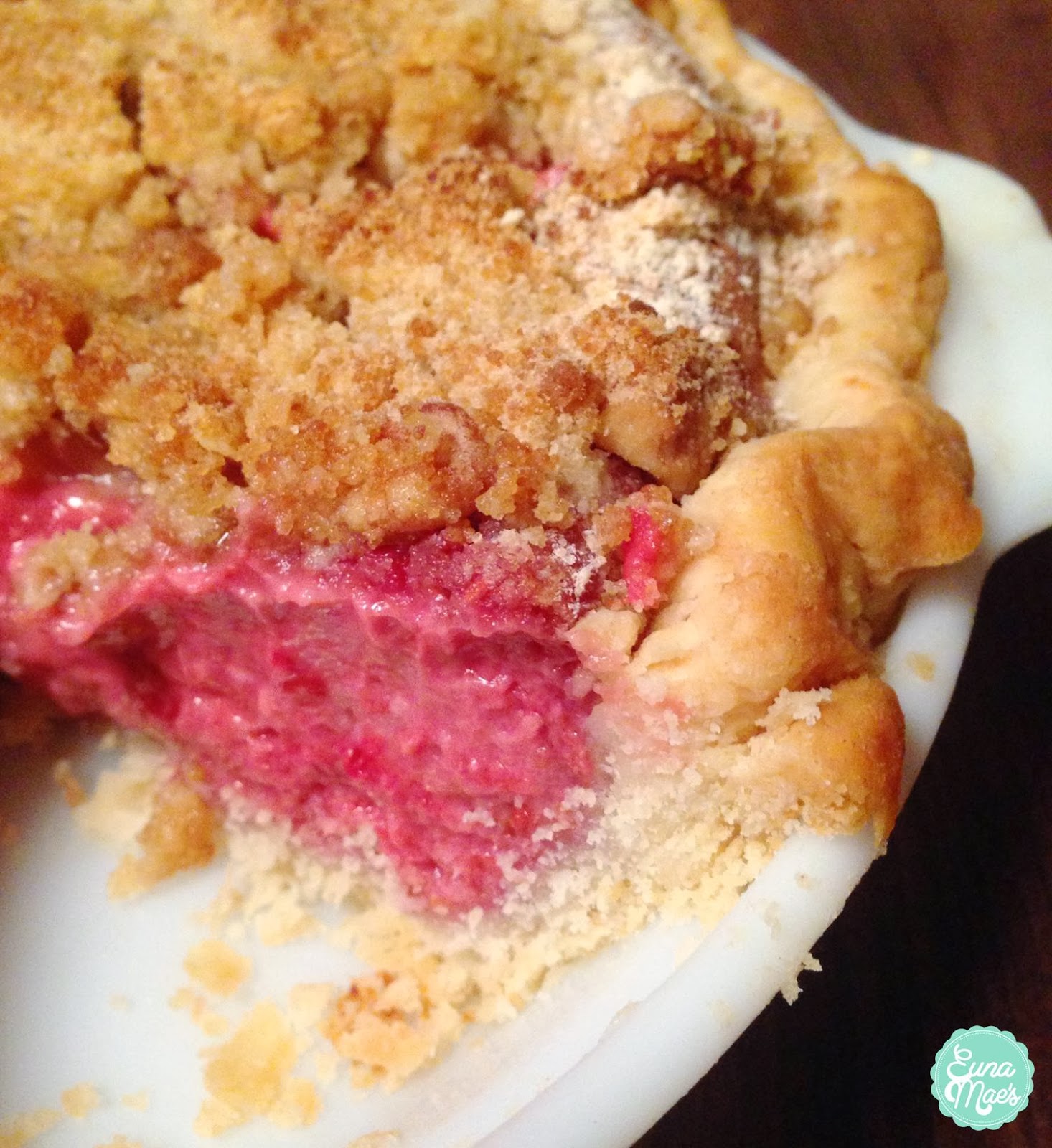 This pie was introduced to my marriage almost ten years ago when Kelli Maestri made it for our home group. And I say it was introduced into my marriage because it affected my husband in a big way. Sam has never EVER gone on and on about a pie in his life like he did about this one. And listen to me, he went on and on about it. He begged her to make it at least twice during our year with her in small group. He sweet-talked her into making one for his birthday one year, and she gave in. He spoke randomly about it out of nowhere as if he were daydreaming. I think he even mentioned it in a sermon one Sunday morning in front of thousands. Eventually the tone turned into challenge for me to learn how to make "Kelli's raspberry pie."  And by gosh, I was gonna learn how to make that darn pie if it killed me. I searched high and low for a recipe that was similar. I tweaked and changed and dappled with recipes so that it was just right. And I'm happy to say that, in my raspberry-pie-envy, I have settled on this recipe for raspberry sour cream pie with brown sugar crumble. And it's money, y'all.

As soon as I get this recipe posted, I'm going to my kitchen to make one for my smart, strapping, hunk-of-a-husband because we have a reason to celebrate! He has worked for years on his masters and doctorate, and he is on his way home after having defended his thesis just this morning at Gordon-Conwell Theological Seminary in Boston. So come May, he'll graduate with his Doctorate of Ministry in preaching. But defending his thesis was a big hump that he had to get over. So we're celebrating with pie! His very favorite pie!

Before I share my version of "Kelli's raspberry pie" I want y'all to know that if you live in Northwest Arkansas you can order pies from Kelli at Pippin Apple Pies on Facebook. Her crust is perfection. And she's a good gal. 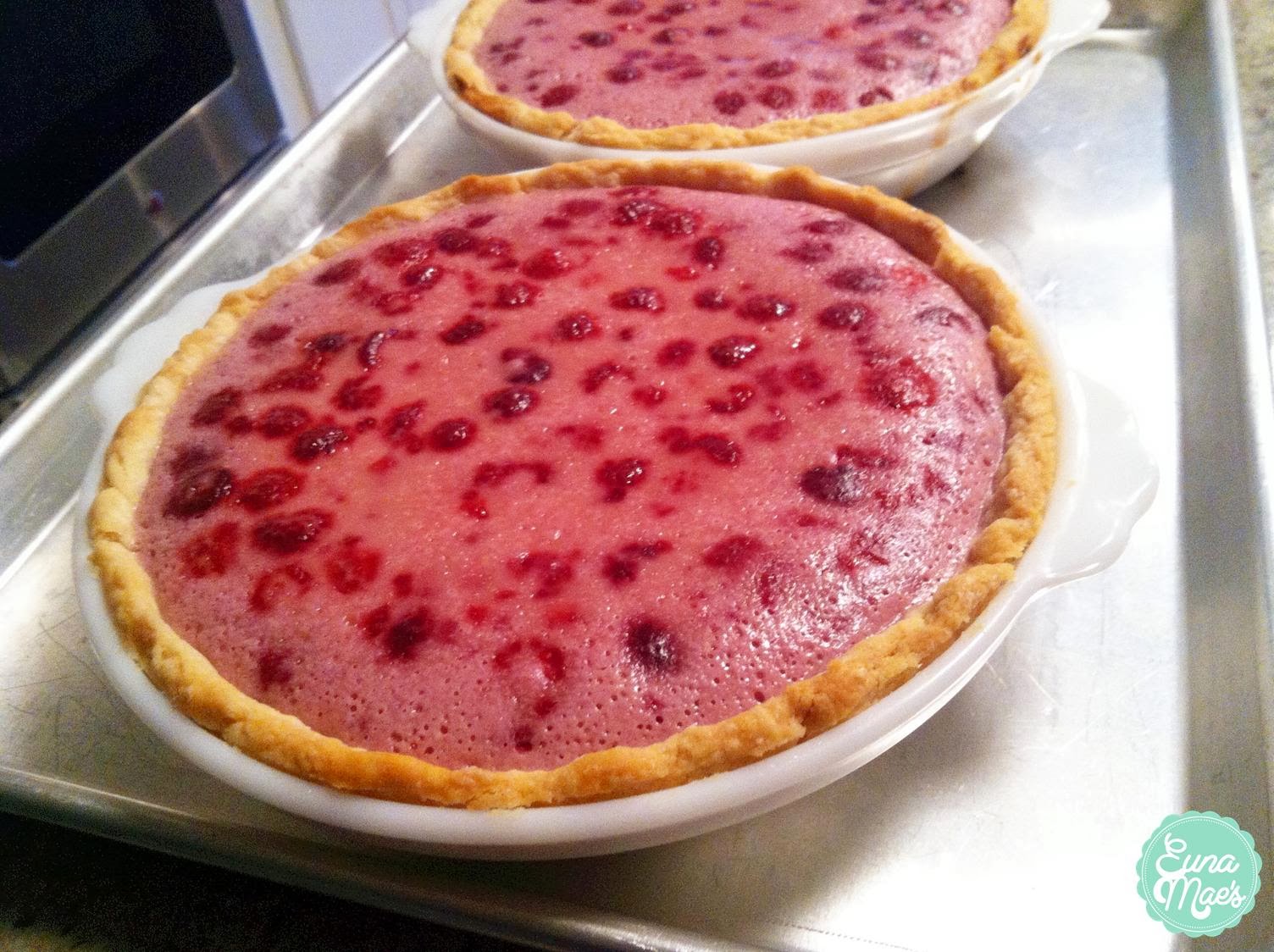 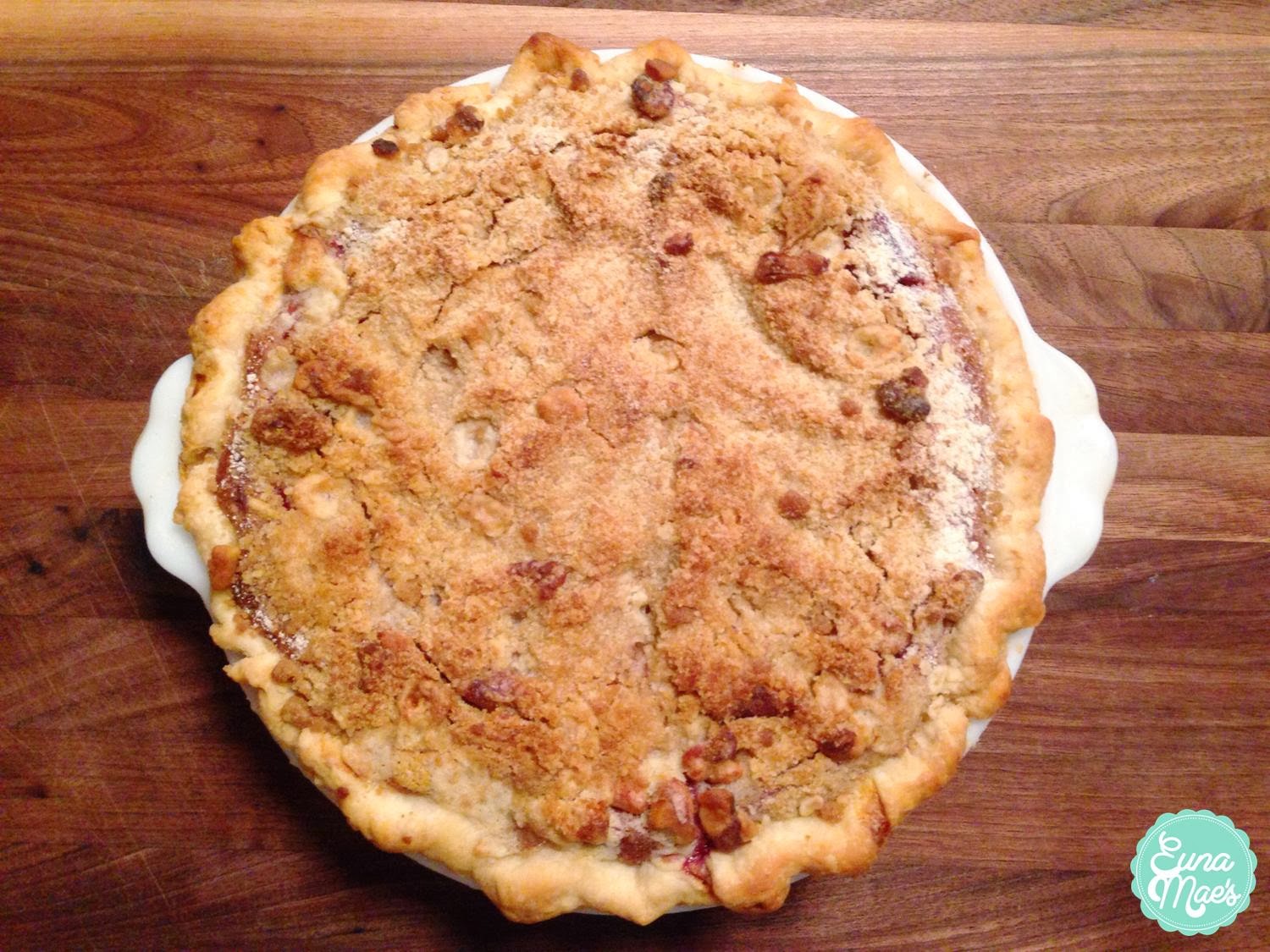 RASPBERRY SOUR CREAM PIE WITH BROWN SUGAR CRUMBLE
{makes one 9 or 9.5" pie}
I almost always double this and make two pies at a time.

Fit the pie crust into a 9 or 9.5" pie plate, crimp edges, and store in the freezer until time to pour in the filling. I don't suggest a deep dish pie plate or a 10" pie plate for this pie.

In a large bowl, beat the eggs until light and they look lemon-colored. Whisk in sour cream and vanilla. In a separate bowl, mix sugar, flour and salt together. Combine the flour mixture into the egg mixture and stir in raspberries. When stirring in the raspberries do not pour the entire bowl upside down into the mixture. You want juicy, macerated raspberries but you don't want all of the juice that has settled in the bottom of the bowl to be poured into the pie filling or it'll be too wet and won't set.

Remove the pie crust from the freezer and pour in the raspberry filling. Bake in a preheated oven for 30-35 minutes or until the center just begins to set. Remove from the oven and gently cover the top of the pie in the brown sugar crumble. Return to the oven for 10-15 minutes more until the topping is golden brown. Allow to cool completely at room temperature before serving.

-for the topping-
While the pie is baking, mix together the brown sugar, flour, and walnuts in a medium bowl and cut in the butter pieces using two forks or a pastry blender. Blend until it's crumbly. 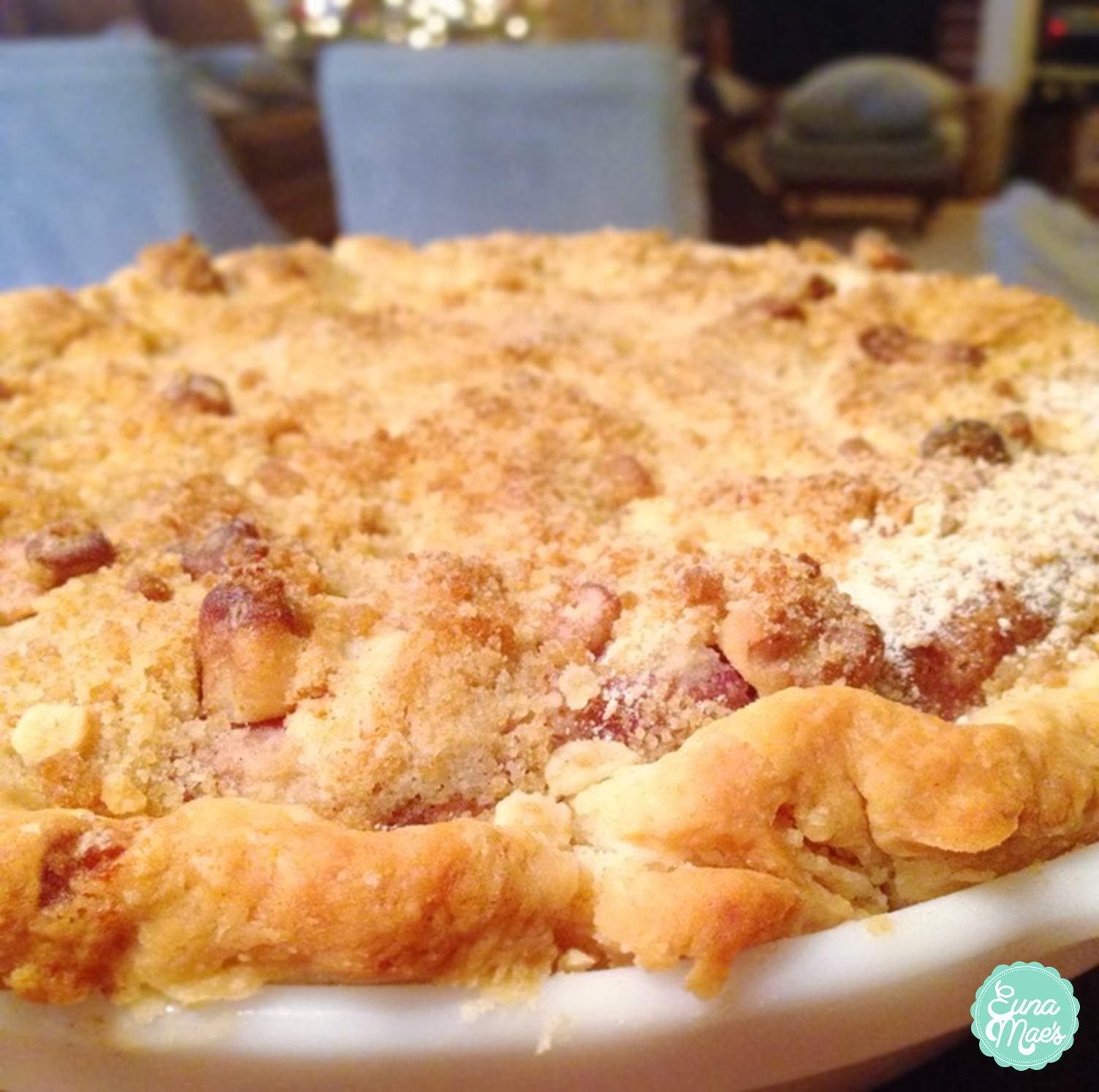